The biggest festive in International Cricket, the ICC Cricket World Cup 2019 is about to start in England & Wales.

The opening game is a mouthwatering game between the Host England and South Africa.

England has astonishingly NEVER won the World Cup, but they are going into the tournament as the Favourites.

Here is my Predictions for the ICC Cricket World Cup 2019 – team by team.

Pakistan – The Lost Talent
After losing ten straight ODIs Pakistan had an opportunity to get on winning ways when they met Afghanistan. But it was a shambolic, talentless, naive and weak performance by the Green Shirts, who lost the game. The other Warm-up match was called off. So coming into the World Cup having lost eleven straight games, with confidence as low as it could be, it looks bleak for Pakistan. Performances on the pitch are irresponsible. An always remaining issue with Pakistan Cricket is the fielding. Easy catches are dropped and running between wicket is catastrophic. It seems they never learn from their mistake. Batting has somewhat recovered but still lack depth. Against all the odds, the biggest concern is bowling. Bowling has always been Pakistan’s strength, but amazingly they have struggled hugely on English soils this time around. They will strive to have a good Tournament.
My Prediction: 7th
England – Is this the time?
Another team, who is always one of the favourites, but they never reached the summit. They have reached three World Cup Finals, losing all. There is a resounding belief that this English side is the most capable side to lift the World Cup at last. They have strong hitting top-batsmen as well as excellent all-rounders, who can chip in with some useful runs – if needed. Batting line is down to number eleven. Jofra Archer is a fast, excellent fast bowler from Sussex. His contributions will be vital for England. Alongside Tom Curran, Stokes and Wood for the Fast Bowling department and Moeen Ali and Adil Rashid for the spin, England looks very balanced and well-established side. No wonder they are favourites.
My Prediction: Winner
New Zealand – The Best Alternative
Kiwis are an exciting side to watch! They can be lethal on the day and win convincingly, but they can also crumble to a painful defeat. With batsmen like Guptill, Munro, Williamson and Taylor, they look solid to chase down any total or set a massive total. A slight minus is there though in the bowling department, as they look short of a couple of really fast on what seems to be flat pitches. New Zealand can go down under pressure but still a side to watch closely. I have a huge expectation for this side.
My Prediction: Losing Finalist
India – A strong candidate
India is a strong opposition. They have won three of four latest ODIs Series against strong opponents. In this period they have played 18 games winning eleven losing 6. Batting has always been India’s stronghold, and it seems it will be their force in this World Cup too. They are capable of chasing a large total. Bowling is a minor concern, but they will be one of the favourites for the Tournament
My Prediction: 3rd
Australia – The Winning Machine
Defending champions and most successful side Australia is always regarded as one of the favourites. They will be up there again and will have all the chance to reach the semis. Their batting is reliable and bowling too. Usman Khawaja, Aaron Finch, Steve Smith and Glenn Maxwell will lead the batting. While Kane Richardson and Mitchel Stark will spearhead bowling. They have Lyon and Stoinis for the spin-department.
My Prediction: 4th
West Indies – The Black Power
This West Indian side is one to look for! They play exciting and hard-hitting cricket. They have got some hugely impressive players like Captain Holder, Brathwaite who smashed four Sixers in four straight balls in final over needing 19 to win against England to win T20 World Championship for Windies. Shai Hope, Evin Lewis, Wicket-keeper batsman Pooran, and Bravo are another excellent hard-hitters. They may struggle a bit in the bowling department, but overall, this team can do a lot of damage.
My Prediction: 5th
Sout Africa – Old But Gold
Re-entered into the International scene in 1992 World Cup with a strong side, and since always being one of the favourites, but never came anywhere close to lift the cup. South Africa have one of the most experienced teams with six players, who have played more than a hundred games. But the big question is: will this experienced side is well enough to do well in the World Cup? Dale Steyn, Phehlukwayo, Radaba with the Oldest Player in WC, Imran Tahir for the bowling and Hashim Amla, de Kock, du Plessis, Dussen, Duminy in batting can give SA edge in their games? I doubt so!
My Prediction: 6th
Sri Lanka – The Dark Horse
The Team, who invented ‘Fast Flowing Run-rate’, have some heavyweights in terms of games played: Malinga, Matthews, Thirmanne and Perera with well over 600 ODIs combined. But by the looks of thing, none of them will dominate a game. They are there to provide the much-needed experience to the younger players. Sri Lanka will – like Pakistan – struggle in this tournament.
My Prediction: 8th
Bangladesh – Still On Learning Curves
Bangladesh is a good side with the best all-rounder in the World in their ranks in Shakib Al Hasan. On their day, they can upset any team in the World. Can do a lot good but will fail at the end of the day.
My Prediction: 9th
Afghanistan – Remarkable Journey
Won the qualified Group ahead of West Indies, they are an up and coming side in World Cricket. They have some exciting players to watch. The likes of Rashid Khan in the age of only 20 will dominate in the coming years. Watch out for Afghanistan when they play…
My Prediction: 10th 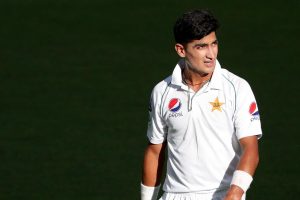 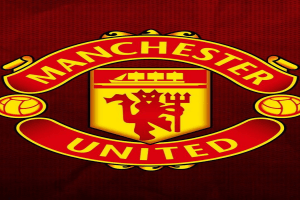 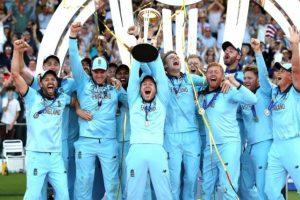